When most people think of a stroke, they tend to think of it as a singular event. However, a lot of the time stroke is a result or combined with other injuries or conditions. Renae is a stroke survivor, but that is not the only thing she has survived.

On Dec 5th 2017, Renae was involved in a multi-trauma farm accident of which by all accounts she shouldn’t have survived. The injuries she suffered from the accident were severe. She had an acquired brain injury, 2 arterial tears causing an RMCA (Right Middle Cerebral Artery Infarction) , explosive fractures to her left eye socket and cheek, her sunglasses had implanted around her left eye, she had 2 spinal fractures, a broken coccyx, a shattered right wrist (which was unrepairable), 7 fractured ribs (one of which pierced her lung), her left kidney had detached from the blood supply, she had to undergo a splenectomy to have her spleen removed, her liver was severely lacerated, she suffered bruising on other organs, and major blood loss. All this results in major surgery to save her life and she was placed into a coma for 3 weeks. While in her coma she developed pneumonia and two lower left leg blood clots and had 2 focal seizures. All this resulting in type 1 respiratory failure which meant she was placed on a breathing tube.

Renae would learn after the accident that there are not many stories of those regarding strokes after severe trauma, as the fatality rate is so high. Initially, she was treated for her life-threatening injuries, of which the strokes and her shattered wrist were not considered as life threatening. This meant treatment for her strokes didn’t start until 4 weeks after the accident. While her body healed slowly through a gruelling rehabilitation and recovery process, the strokes together with her acquired brain injury were the most debilitating of all of her injuries, they did not heal at the speed that the rest of her did. Being left with severe neurological fatigue, Renae has had to adjust in a number of ways to a new way of life, listening to her body and taking each gain and small improvement or milestone as it comes. 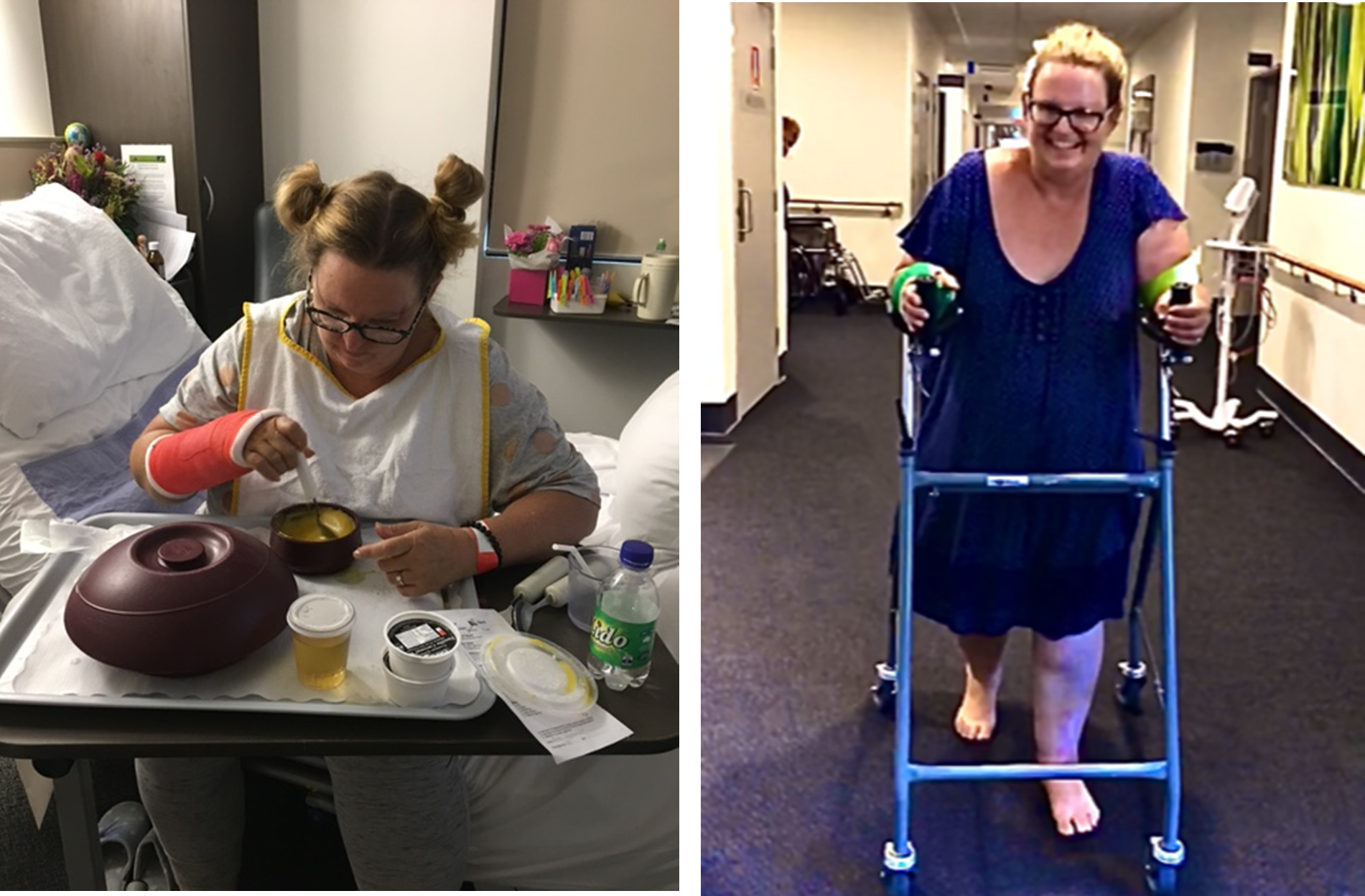 While in a coma Renae’s daughter told her husband to play the song “Never Give Up” by Sia, which he did repeatedly. Renae heard it, mixed with words she could hear from the outside world, and her inner muddled drug-induced thoughts – that song was always there in the background as her theme song. She created a playlist that she would listen to whilst bed bound throughout her recovery, which helped distract her from the long, lonely nights. Once she was more mobile, the songs accompanied her always, providing Renae with hope, motivation and determination.

She listened to “Hi” by Amy Shark, for the mornings to pump herself up for a long rehab day, and in the evenings “Meant to Be” by FGL & Bebe Rexha to relax and lift her spirits. Music was her saviour throughout this time. Out of hospital music is still there throughout her rehabilitation journey. While her body may have healed her initial injuries, her stroke, continues to be her biggest hurdle. She works consistently every day to improve, “It just never ends, you have to work at it all the time, the time you stop and have a break you just go backwards pretty fast. Once that happens a few times, you don’t take it for granted as it takes a lot of work to just get back to where you were” says Renae.

The loss of identity has been something Renae has had to adjust to. Fiercely independent she has had to learn to ask for help and that her ‘old life’ is exactly that and coming to terms with a new normal. Through acceptance she has been able to see a new future for her and her family. 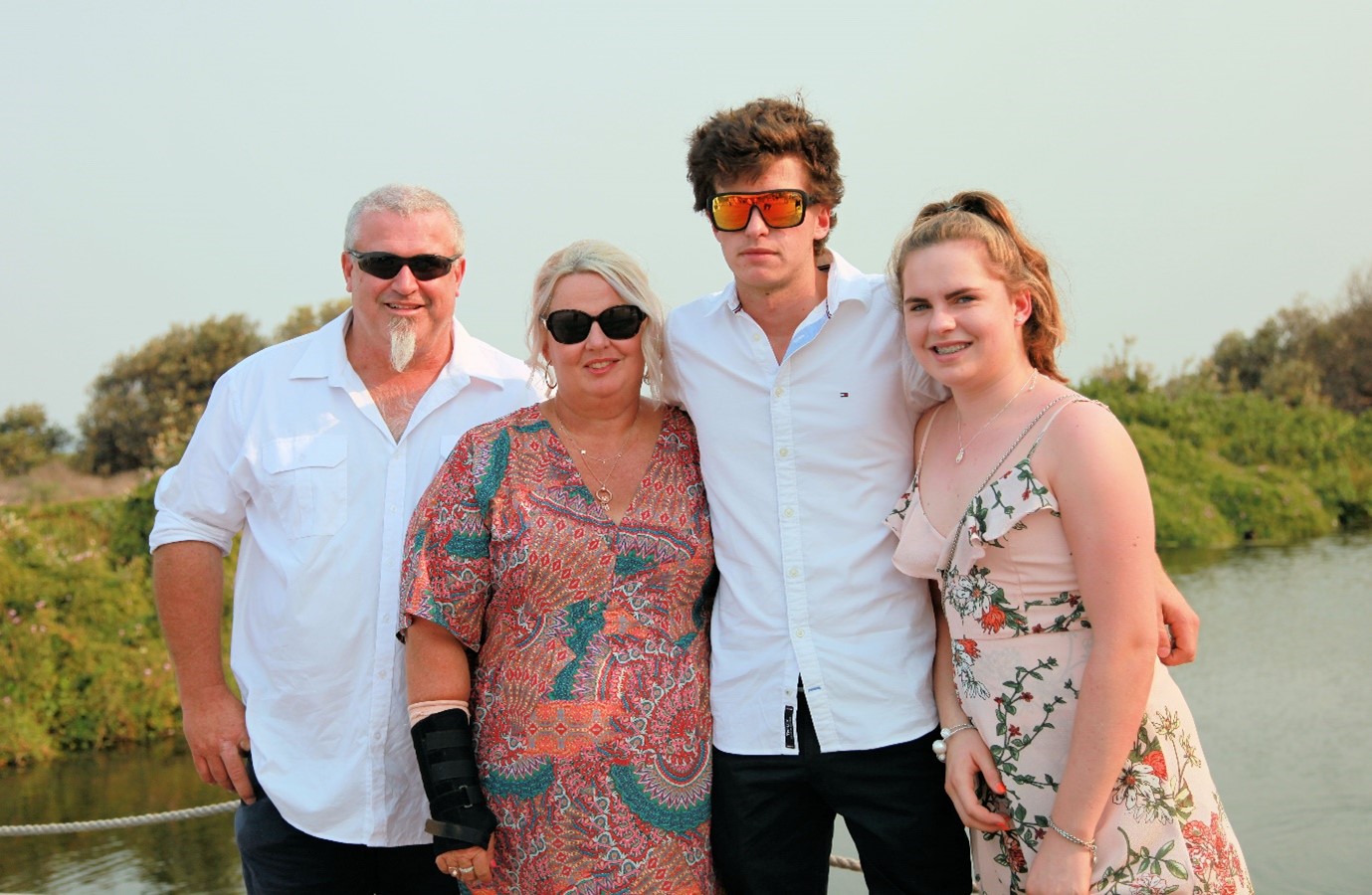 While Renae continues to wonder why she survived when most people haven’t, she has found a new calling and is eager to help people going through similar situations with the things she felt helped her, like music. “I figured my time on earth was just not meant to end then and there are things I am here to do, maybe this is one of those things, so I best get started!”