I had a stroke in my sleep.

On 10th December I woke at 2am unable to move my right side arm or leg. I was very fit - exercised 5 days a week, and did not believe I was having a stroke.

My wife ignored me and rang 000.  The paramedics arrived 10 minutes later, and I was on the way to Emergency at Gold Coast University Hospital. It was an Ischaemic Stroke caused by a clot, not a bleed. I couldn't have clot-buster medications as no-one knew the time of the stroke and there was only a 4.5 hour window when they were safe.

After 10 days in High Dependency Neurology, CT scans and MRI scans, I was transferred to the Rehab Unit where I spent the next 6 weeks, working 3-4 hours a day with the Physios and OT's. It was tough.  However, I progressed from being unable to lift my arm or leg, to walking unassisted around the Rehab Unit - always with my PT alongside.  They were wonderful.  Thousands of repetitions paid off over time.

I was discharged home, with a Transition Care Program for 12 weeks.  There was a PT, an OT and a nurse.  I continued to progress.  My goal was to walk to the beach in the mornings.  I now do this daily with my wife.  Also there is an exercise schedule, and I use the gym and pool.

Now the TCP is finished and we will cope on our own.  It was discovered that I have Atrial Fibrillation - probably had it for years - so the Cardiologist is looking at ablation when I reach 6 months post-stroke.

Still having some pins and needles on the right side, but this is reducing every week.  The exercises seem to help everything. 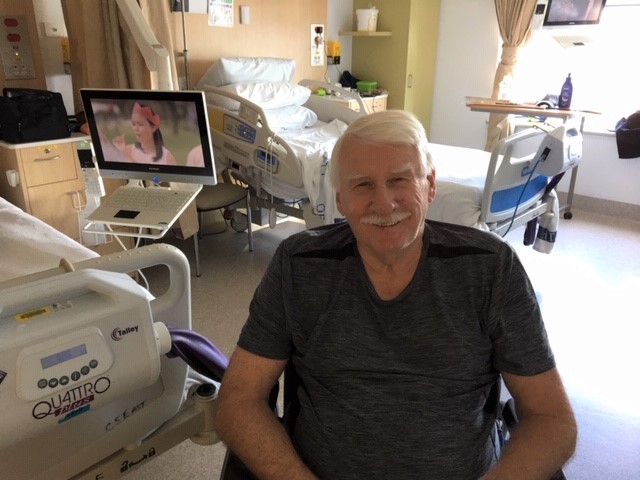 There is definitely light at the end of the tunnel.  Just one day at a time, sometimes one step forward, two steps back. Hanging in there.