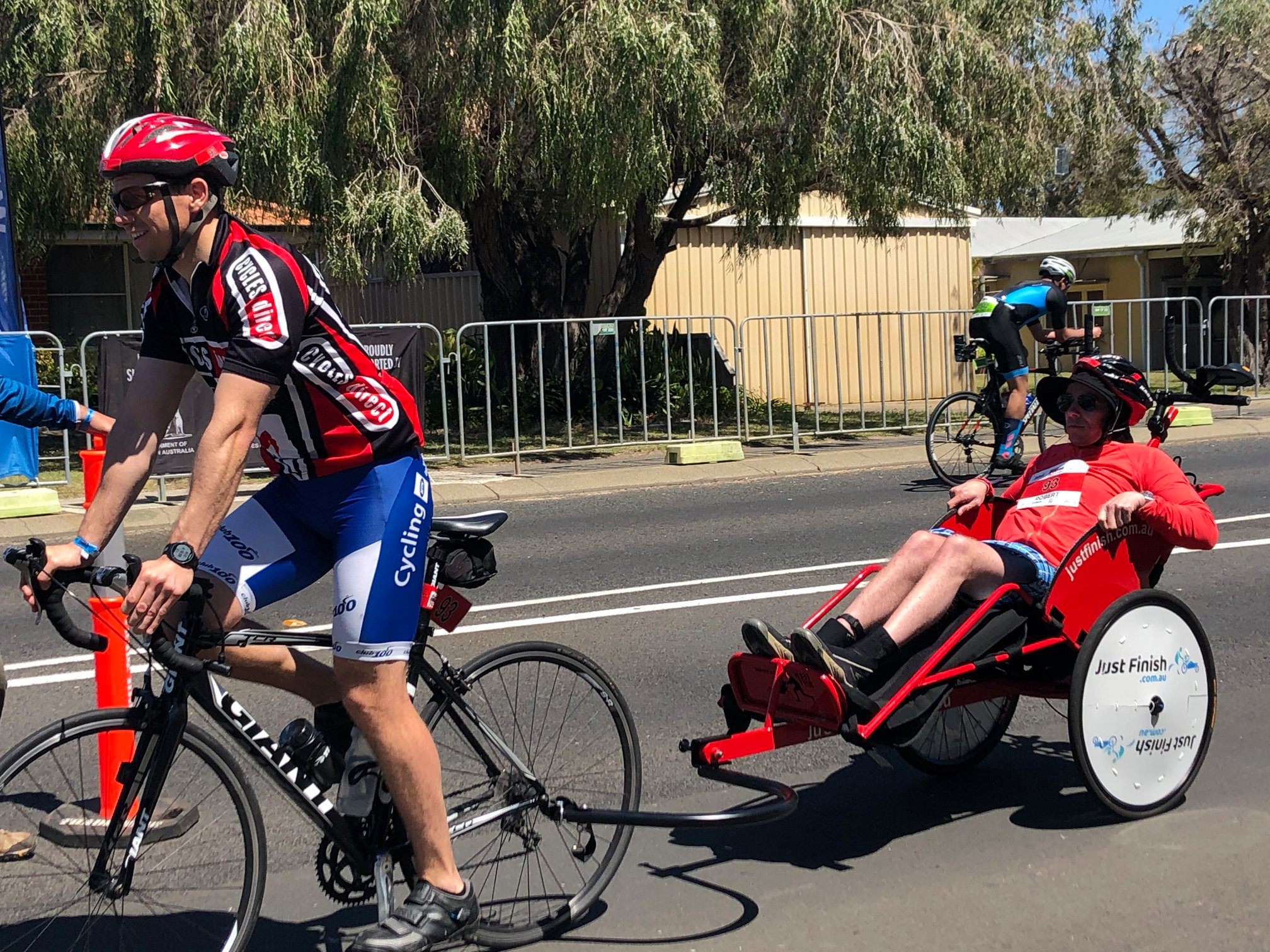 I was just 30 years old, a father of two, marathon runner, and working as a physio in Perth, when I suffered my catastrophic stroke in mid 2015.

The day was going as many others had – I was working in my physio practice during a consultation when suddenly within under a minute I was unconscious.

I was immediately rushed to hospital and taken into emergency surgery within the hour to seek treatment for a stroke.

Comatose for two weeks, I emerged barely able to move, and had to have 3 other surgeries within the month. Then begun a long road of rehabilitation, where I spent 6 months taking part in daily physiotherapy, plus speech and occupational therapy.

Another crucial part of my treatment was horse riding – or “hippotherapy” conducted by Riding for the Disabled Assoc of Western Australia - Carine Group Inc. These horse-riding sessions build core strength and stability, posture, balance, coordination, stamina, lung-capacity, and confidence.

Currently, I have full cognition, but still struggle with limitations in mobility, hence the reason for my wheelchair.

All of this treatment has led me to where I am now. In late September I was able to take part in the annual Busselton Marathon, set in Busselton in WA.

As a physiotherapist I recognise that there is currently a large gap in the care of stroke survivors in the community. It seems to me, in the hospital setting, survivors have ample support, however after discharge it’s as if they fall off the conveyor belt.

Because of this, I was motivated to complete a Half-Ironman and raise public awareness for stroke survivors.

You may be asking how someone in a wheelchair who is unable to walk independently was able to enter a triathlon.

For the swimming portion of the race, I was pulled along in a ‘flotation device’.

For the ride, a ‘bike boom’ was attached onto a road bike and the customised device that I was in. This same device was used for the run, and I was pushed along by a runner. I was then carried between the various events.

My stroke has had an impact on my physical and mental health, but I believe that it’s all about one’s attitude. We just have to adjust to a new normal.

Listen to Robert talking about his recovery in Conversations with StrokeLine.