I had a swallowing test done - By Jenny 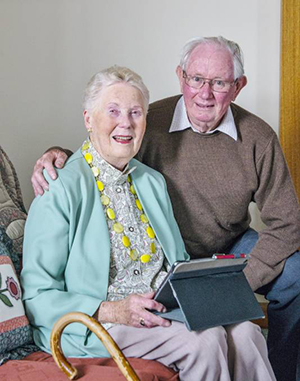 I have Dysphagia, it is one of my invisible stroke deficits, which at times is difficult to deal with, as I have dysarthria as well.

Recently, my Speech Therapist suggested I should have a swallowing test done. I asked around, and other survivors in the community said that they found them effective.

So, I had had the procedure done. It lasted for about an hour.

It wasn’t painful in any way, I sipped barium thicker liquid which showed my swallowing action live on an X-ray.

I had been quite concerned about my swallowing, thinking the worst, and I was very relieved when told there was nothing ‘nasty’ was going on.

I had peace of mind.

It turns out that the muscles in my throat have been weakened by stroke. The Xray showed there was aspiration as I swallowed, which means fluid goes to my lungs. So, I must be extra careful with fluids. I should take small sips only and use thickener when necessary.

My therapist spent time going over safe foods and discussing the test results with me.

I am so pleased that I had the procedure, and I encourage all dysphagia survivors to talk to a speech therapist and consider the test. - Jenny