Next Sunday night 18 April 2021, thrill seekers and fellow time travellers. marks the Fifth Anniversary of  my Left Lacunar Stroke - an event that occurred at precisely 8.30 pm on Sunday 18 April 2016.

Since that date many of you are aware that I have been recording my thoughts/musings constantly for many/or a few to read as I travelled on what has now become my never-ending rehab journey.

As I have mentioned previously my rehab {indeed as for most stroke survivors} is a journey that is not finite in nature - unlike a sprained ankle or arm.

For those who may “roll their eyes’ at me talking about this incident for the umpteenth time I say walk a mile in our shoes, diddums! Then p@#s off, do something else or go and watch Married at First Sight whilst I chat to my companions!

Like many stroke survivors I have met since that fateful evening I have found that we are a group that generally do not complain about what the Grande Buddha has placed on our table.

We have simply accepted our medical episode and got on making the most of our lives with the assistance of some amazing clinicians.

More about them [the amazing clinicians} later in this missal.

On my second night in ICU {Intensive Care Unit} I too accepted what had occurred; I made a personal objective that when the glorious day of discharge arrived, I would walk out of the hospital in the manner that I wanted to!

Certainly not in a wheelchair in jammies and a wardsman pushing me. Oh no!

Years of managing change in the corporate world helped me at that time. The secret is to control and manage the upheavals happening around you!

And thrill seekers and fellow time travellers after 16 weeks in the Stroke Ward;  480 hours {6 hours a day, 5 days a week} in the rehab gym; more than 25,000 sit to stands and more than 130,000 reps on the tilt machine on 11 August 2016 I walked out dressed appropriately! {but of course, would you expect anything less!}

Brian you can be such a prat!!My inner voice talking!

A far cry from my first visit to the rehab gym - slumped in a wheelchair, unable to even stand or walk, with a garden hose up my right nostril supplying what could be described loosely as a form of nourishment, some hemiparesis on my visage {schoolboy French for face} and 0/5 strength down my entire right side.

My late-night radio voice a mere husky whisper - my vocal muscles were affected by the stroke.

In retrospect learning to walk again was one of the hardest things I had to do in my life- even harder than accepting that I would never see the Beatles play live again after their 1966 concert at Candlestick Park in San Francisco!

Not asking for pity or sympathy fellow musketeers, just stating the brutal facts of stroke.

Enter a team of clinicians who were determined to put Humpy Dumpty back together- they were amazing with their skill/patience/tolerance in dealing with a group of stroke survivors all at varying stages on their journey.

Fellow wardies like-Big Phil the fireman from Port Macquarie; Diane the glamour one; Ronnie {RIP} the 93-year-old who put us all to shame and the lovely Ipana.

We joked, laughed, and helped each other with our journeys, when one of us were having a “downer”. Ronnie and I solved a lot of the world problems late at night when everyone else was in the Land of Nod.

I still cherish the late-night discussions with the doctors when I was still awake, and things were quiet who came around discussed the most esoteric of topics- the difference between “wisdom’ and ‘knowledge” was one such topic I recall.

One residue effect of my stroke is that my circadian rhythms are in permanent spin cycle. I now exist on about 3-4 hours of very broken sleep a night, without any ill effects-just like the old days in the corporate world!

Joe, Fin, Mustafa, Ashton, and Jarrod the physio students who worked with us; also, Julie the star physio from Outpatients, Alan Hsu the doc; Mary from Weekend Warriors and of course Kate Thompson,{Optician expert} who also was  my personal catering manager. There is not a day goes by that these people  do not cross my mind.

However, children of the Universe - that was five years ago!

Tonight as I write this, it is a much different Brian that is sitting here musing- a nicer, more balanced person, tolerant, appreciative of the people around me and certainly healthier than I was back in 2016.

A stroke friendly diet and lifestyle- no ciggies {easiest thing was giving up smokes}, no sugar-based drinks only water and NO SELF-INDUCED STRESS!! No projects with blood curdling KPI’s. Walking 12-15 kms per day, stepping exercises are now par for the course!!

It is amazing who you meet walking around your neighbourhood- if you walk later than normal the people then look for you and ask “Are you alright’ they say, genuinely caring- the dogs get to know you- a wonderful time – first thing in the morning!

The reaction of my friends and work associates both surprized me and a number have deeply disappointed me. When I posted on several sites details of my misadventure I was inundated with hundreds of messages from both local and overseas. These messages were of comfort and solace to me during my time ”inside”

Many instantly responded yet a number {on LinkedIn the international business networking site} were strangely mute. They are now wondering why they are off the Beh Digital Christmas Card list-serves them right and they were former work associates.

No names no pack drill as the adage goes!

What also pleased me was that I have since renewed friendships with several people who I had lost contact with over the past decades-- {Robert and Tony {2 men from Venice and currently residing in Melbourne}, Nelson, Bob {both former classmates from Singleton High}, and a former Green Beret, Stone from Harvard.}

I am now in” My Giving Back” stage of my life-where I am using my corporate experiences in change management; organisational culture; and communication to layer these experiences over my observations gained during my stay in hospital.

Then [ spend time with stroke clinicians and other stakeholders helping them to enhance their interaction/relationship skills and service delivery with Stroke Survivors- which to my great pleasure have been very well received.

I am also involved in numerous research projects in the field of stroke rehabilitation with universities- both here and more recently overseas.

I also write “blogs” on the Stroke Foundation’s website and frequently utilise Twitter to get my message to key target audiences.

I am very sincere in these activities as it gives me an opportunity to repay a group of people to whom I owe so much!

Because of my corporate background and dare I say my reputation {ever so modestly}, I have been asked by several publishers to write reference articles on brand creation/management, organisational/architecture, and workplace culture.

This activity certainly keeps me off the streets plus with writing poetry and the odd essay, listening to my eclectic musical library, reading several books a week, and spending time in my burgeoning veggie garden ensures my mind is seldom idle.

My low threshold of boredom is legendary and often dangerous.

The one objective I failed was to get a tattoo to mark my 5 years- the lady who was scheduled to do this is now on maternity leave due to return in August 2021- will wait thrill seekers!

And so, to tonight 5 years on I am filled with a quiet sense of satisfaction, I am content, comfortable within my skin and with my place in the Cosmos.

As I type the night zephyr is gently whispering against my study window and a glorious Schumann Cello Concerto is playing softly in the background and there is truly peace in the valley. The spirits are in repose

“I took the one less travelled by

And that has made all the difference’

Keep moving towards the Enlightenment! 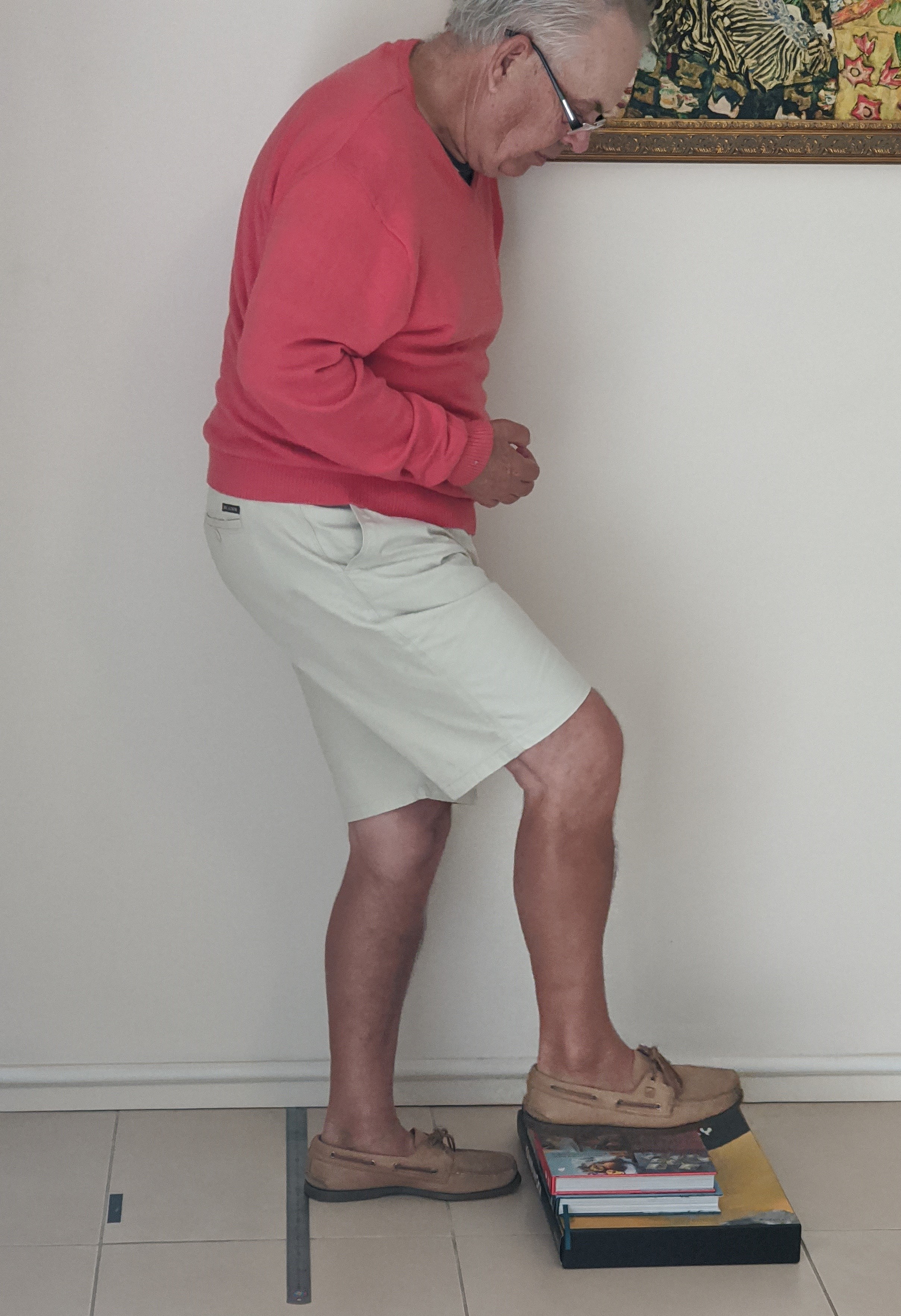 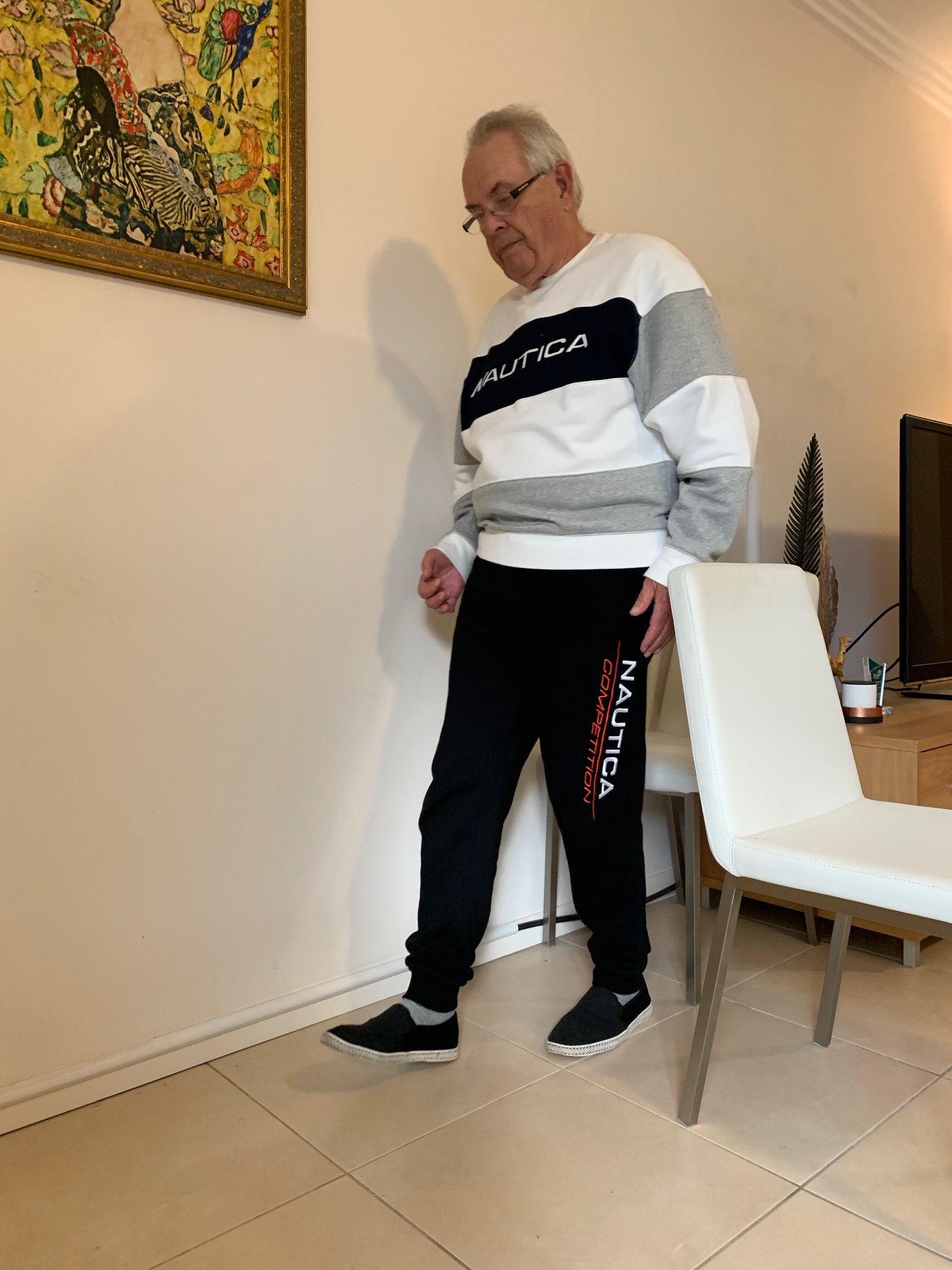 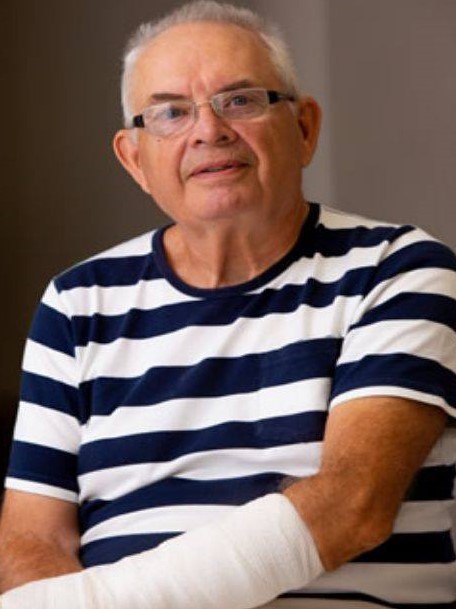